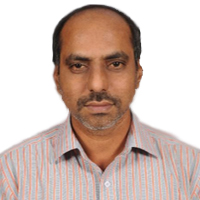 Dr. D.Narasimhan, one of the country’s top most taxonomists and specialist in Biodiversity, Taxonomy, Ethnobotany, Medicinal Plants and Plant Anatomy. He has been teaching UG & PG for about 25 years and guided 19 M. Phil and 12 Ph. D Scholars in Taxonomy, Conservation Biology, Medicinal Plants and Ethnobotany. Two of the theses has been adjudged as the best Thesis in Botany submitted to the University of Madras and was awarded Dr.R. Kalyanasundaram Memorial Prize. Published 50 papers in refereed journals. Co- Edited a Symposium Volume Titled “Plant Diversity, Human Welfare and Conservation”.

He has carried out 10 projects as Principal – Investigator and Co – Investigator funded by various agencies such as UGC, Department of Biotechnology, Tamil Nadu Forest Department, Foundation for Revitalization of Local Health Traditions (FRLHT), Ministry of Environment and Forests and Shastri – Indo Canadian Institute.

He has made unique contributions such as developing a databases on Angiosperms of Tamil Nadu and Invasive Alien Species of Tamil Nadu, for the Department of Environment, Government of Tamil Nadu hosted on the website of ENVIS. Resource person in the fields of Taxonomy, Medicinal Plants, Ethnobotany and IPR and Environment and delivered lectures in Universities, Colleges and for Voluntary Organizations. He was awarded Dr. V.V. Sivarajan Gold medal given for Taxonomists by Indian Association for Angiosperm Taxonomy (IAAT) for the year 2008-2009.

He is part of TSP’s team on Capacity Building for Higher Education Institutions in the Sciences and leads TSP’s programmes on, ‘Biodiversity Based Society” as well as TSP’s planned online courses for Science Teachers in Schools.