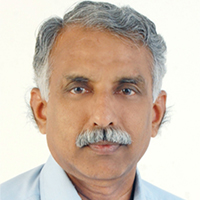 Prof. (Dr.) N.S. GOPALAKRISHNAN B.Sc., LL.M., Ph.D.is a Honorary Professor, at the Inter University Centre for IPR Studies, Cochin University of Science and Technology, Cochin, Kerala. He has previously been: Professor, HRD Chair on IPR, CUSAT (2005 – 2017); Founder Director, Inter University Centre for IPR Studies, CUSAT (2010 – 2017); Director, School of Legal Studies, CUSAT, (2003-06), Professor, School of Legal Studies (2003 – 2017); Dean, Faculty of Law, Kannur University, Kerala; Associate Professor, School of Legal Studies, (1997 – 2003) Additional Professor (1997), Senior Assistant Professor (1992-1997) & Assistant Professor (1988-1992), National Law School of India University, Bangalore. He has made exceptional and unique contributions to the field of Intellectual Property Rights Policy making at the National and International level: Worked as expert member of the Indian delegation from 1996 onwards to negotiate and finalize three important international treaties in the field of copyright at the World Intellectual Property Organization. Was Actively involved in the negotiations at WIPO to finalize international instruments for the protection of Traditional Knowledge and Traditional Cultural Expressions; protection of broadcasting organization and limitations and exceptions to copyright till 2014. Member of Indian delegation for international negotiations at WIPO in the SCCR and IGC from 2005 – 2014. Provided research support to Government of India for facilitating negotiations at the TRIPS Council on TRIPS-CBD relationship. Involved in the drafting of the amendment to the Copyright Act of India from 1997 onwards and worked as Chairman of the Drafting Committee of the Copyright Rules 2013. Assisted various Ministries of Government of India in the preparation of policy on different areas of IPR. As an exceptional law academic and teacher, introduced the integrated teaching on IPR from a developmental perspective both at the graduate and post graduate level by developing innovative syllabus and teaching materials for National and International teaching institutions. Developed the syllabus and started an innovative multidisciplinary five year integrated duel degree programme (LL.M(IP).,Ph.D & LL.M(IPR).,Ph.D) at Cochin University of Science and Technology. Developed the syllabus at the National Law School, Bangalore for teaching IPR at graduate and post graduate level. Developed syllabus for specialized teaching of IPR at LL.M level at CUSAT. Developed syllabus for teaching IPR at the graduate and post graduate level for the Dhaka University, Bangladesh. Developed the module for teaching IPR and Development for the distance learning courses offered by the WIPO World Wide Academy, Geneva. Associated with the National Judicial Academy, Bhopal for developing and teaching short term courses offered for the Judges of India and Sri Lanka.

His research has been published in a number of reputed national and international journals in all fields of IPR. He has critical examined the role of IPR in the context of globalization and liberalization of the Indian economy and in promoting public interest by facilitating affordable access while encouraging industrial growth of IP based industries. His research projects at the national and international level, has contributed to a critical examination of the new IP regime based on TRIPS Agreement. He has published several books on IPR including a book to facilitate teaching and learning of IPR from an Indian perspective using Indian case laws. As an Institution Builder, he established: the multidisciplinary Inter University Centre for IPR Studies at CUSAT; the MHRD Chair on IPR, CUSAT; the IPR Depository funded by MHRD at CUSAT and was associated with Dr.Madhav Menon in the establishment of National Law School, Bangalore. He has published several books and contributed to over 50 journal articles. He has provided consultancy to the Distance Learning Programme, WIPO Academy, Geneva (from 2003 onwards); Preparing Syllabus for teaching IPR in Bangladesh Universities on behalf of the World Intellectual Property Organization, Geneva, 2009; Exploring the relationship between Geographical Indications and sui generis system for the protection of Traditional Knowledge and Biodiversity, ICTSD, Geneva, 2005 and for Hivos, Netherlands.