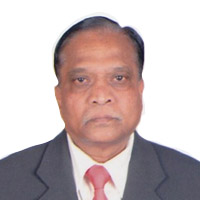 Suhas is one of the founder members of TSP. He has over three decades of experience in Social sector, Academia and youth development. Areas he has worked on and contributed to include; Administration, Fund raising, Youth Development, Task group on Secularism, Peace camps for Students, Physical Education, Seminars, Symposiums & Workshops across various topics, India-Sri Lanka Exchange Programme and Inter-religious dialogues.

He served as Senior Secretary, Bangalore YMCA. During his 28 years of service he gained much appreciation and recognition and was recognised by the Board of YMCA, Rotary International, Lions Club, Round Table Conference, Youth Hostel of India, various Cricket Clubs of Srilanka and India. He has also been recognised for his contribution in the field of Communal harmony by all Religious Heads

He has also received recognitions and received awards for his social concern and work for Transgenders, Environment & Ecology. He joined YMCA as an Assistant Secretary and retired a Senior Secretary & Board Member. One of the achievements include starting of YMCA Cricket Academy in 1990 and developing it into one of the most respected Cricket Academies in the Country. Prior to joining the YMCA he taught at Kendriya Vidyalaya School in the integrated township of the Iron Ore Project of NMDC, Bellary. He obtained his B.Sc and B.Ed from Dharwad University. Post Graduate Certificate in Management Studies, George Williams College, Kent University, London – 199. He has a Diploma in Outreach Training Programme and Development by YMCA World Urban Outreach Training, Bombay – 1996. Completed Undergraduate Course on Documentary Film Production Course at St. Joseph’s College, Bangalore – 2005.

He is a well respected photographer and short film maker. He has extensive experience in Documentary production, Documentation, Collaborative / Inclusive development project management and many young people come to him for being mentored in his skill areas. He leads TSP in the visual documentation and archival projects. He is TSP’s Multi Media Adviser and mentor of young people seeking guidance in photography and filming.